Hi, Finally, the PSP ISO version PES 2017 is now outed and can be played on both Android and iOS (iPad & iPhone) devices. At least, as a Pro evolution soccer fan, you get to enjoy the PES 2017 on your smartphone. 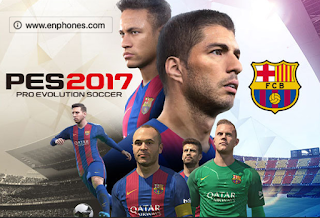 I believe that most of us are already familiar with installing PSP ISO games on our smartphones, nevertheless, I would still guide you through the process.

How to Install PES 2017 ISO on Android Phones

1. Firstly, download the Emulator (PPSSPP) which enables you run PSP ISO games on your android device and install.

4. Once you’ve moved the file, launch your ppsspp emulator, locate the game on the folder you moved it to and play.

If you encounter any difficulty installing the game, please do let me know via comment section, and I won’t hesitate to assist you.
نوراليقين December 29, 2016 android android games games iso pes pes 2017 ppsspp