Hello guys, With Apple Pay, Samsung Pay and last Android Pay, you'll no longer have to keep your phone while you dig for your credit cards to pay for groceries. Rather, it's simply a matter of putting your WhatsApp message on hold, activating your preferred mobile payment and card on the phone, scan your fingerprint and tap to pay. 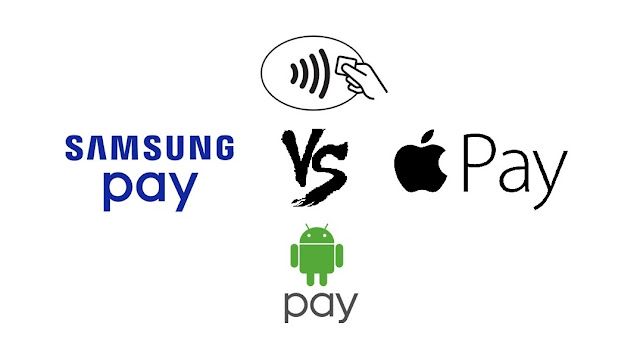 As for future plans, Samsung has already announced support for 7 more countries, including Taiwan, Turkey, UK, Poland, Indonesia, Sweden, and Netherlands. Apple will expand into Taiwan, Germany, and Italy, while Google has only announced future support for Russia.

From the looks of things, it seems like Samsung is taking mobile payments very seriously with aggressive global expansion, while Google is taking things very slowly. Admittedly, Samsung only needs to worry about its own devices (as does Apple), while Google is responsible for an entire platform. Still, it would be nice to see Android Pay expand at a more rapid pace than it currently does.
wpnour March 14, 2017 android apple pay samsung