inazuma eleven strikers one of the most famous football pc games, it taken from the inazuma cartoon series with all the details and teams, this game officially available for Windows PC for free, and there is no officially version for android on Google Play, but  we can install it on android via the wonderful dolphin wii game emulator.

Champions of the ball or inazuma eleven strikers is an excellent game for all gamers categories, not only for children as you think, and achieve great enjoyment and activity for all its players, especially those who are familiar with the old cartoon series inazuma eleven strikers, in addition to it contains many features that make them always superior to many other football games.

Inazuma eleven strikers story is about a football team dreams for quite a while to be the best team in the world and outperforms all the other competing teams as they move towards their goal, while the hero team is exposed to many of the difficulties and obstacles that challenge them with all force.

All the players you will find in this game are originally the same characters as the cartoon series Inazuma Eleven Strikers with the scorer of the team, which calls Zain, known for his skill and strong kick, which can easily achieve the goals called Hurricane kick fire because of its great power as called In the serial.

There are many teams in this animation series and in the game as well, but the most strong is only two teams, the Eagles and the stars, including many of the big match, you in the game to make efforts and draw the court to win and get the cup and the gold medal.

How to Install inazuma eleven strikers on Android:

As mentioned above, to install this ball game on Android you need first to download and install dolphin emulator which helps to play Wii games on Android, therefore, download the game file and Dolphin emulator app from bellow links.

1. Install dolphin emulator on your Android.

2. Open dolphin emulator and choose the Wii category and press the plus button to open phone's files: 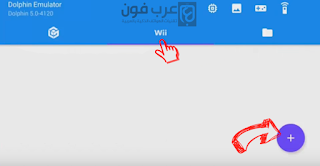 3. Select game file you downloaded (in .iso format) to add the game to the Wii games list on the emulator: 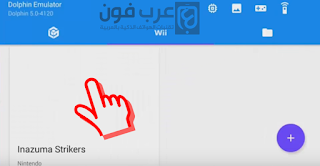 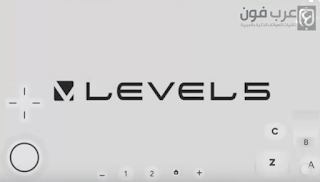 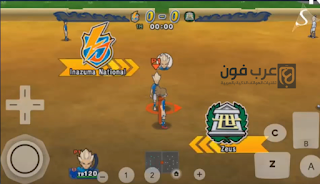 You can download inazuma eleven strikers iso file to install it on any Android phone using the famous wii games emulator Dolphin from the following link:
Inazuma+Eleven+Go%21+Strikers.iso