The Best apps to Root Android without PC or Computer - Enphones

The Best apps to Root Android without PC or Computer 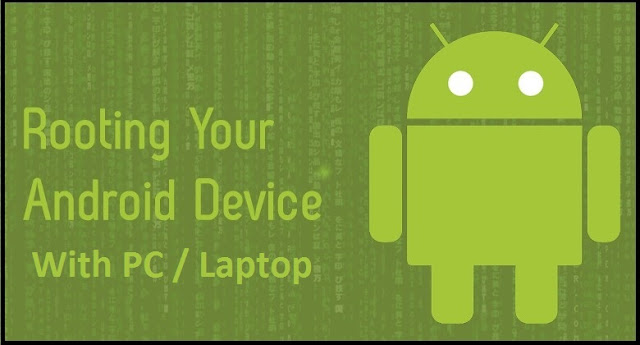 ​Below, We are listing 10 methods or 10 apps to root android phone without computer. I have personally tried all of below 10 apps first and then shared it here. All of 10 methods requires APK file to be downloaded from any store, just find the apk file in google, download it and install it.

Kingo-Root is the best one click Android Rooting Tool. Just a few simple steps can get you a rooted device within minutes. KingoRoot is developed in apk file format. Free download and install it on your Android device, click to root and voila, it is done.

This is the top-most app which comes on Rank 1 when we talk about rooting any phone without PC. This APK is still best APK ever to root any mobile without PC/Computer. This app has rooted thousands of devices which support its exploits. This app is a must try for every phone.

Framaroot has many exploits to root any android device without PC/Computer. Most of the exploits of Framaroot are created for MTK chipset android phones though. Follow below methods to root your android mobile via Framaroot.

This app is very popular among geeks for purpose of rooting their phone without pc. Just download this apk and install in your android phone and you are ready to go. This is one of best rooting apk undoubtedly which you can give a shot. If you are unable to root your android mobile using Framaroot, then you must give this app a try once.

iRoot is one of the best android apk to root android phone without any need of computer/PC. iRoot is a popular name among power-android users. Its a Chinese app, but there are many mods available for this app in English version. In many, last years, iRoot made a great position its users as they are continously providing updates to its users to support more newer models too.

Have you ever heard of Vroot? I am damn sure that must be aware about this popular software to root android device in one click. iRoot APK is developed by the developers of Vroot to provides more flexibility to users.

This app is one of the oldest apps to root android without computer without any risk of hard brick of android mobile. If you own an android phone from a good brand like HTC, Sony, Motorola and Samsung, then this APK is probably the best to root your android phone without computer. This apk has success rate of 99% on all devices of Samsung Galaxy S series.

In recent update of Z4Root, they have added a temporary root feature too which can root 99% of android phones without computer currently. (Though, the disadvantage of this feature is that you will lose root access after a reboot but still a great feature for beginners who want to test some root applications).

Using, Towel root , you can root most of the HTC devices like HTC One M7 without using PC. Just Click on Make it rain after installing this apk. Towel Root has good success rate in rooting most of android smartphones without computer. As, I have already told you guys that its safe to use APK as they will not brick your android phone, so you can give this APK a shot without any trouble.

Towel Root was not exclusively designed in Galaxy S5 thread but this APK has got success in rooting many other devices too. That's why I was recommending you to use this APK to root your android smartphone without computer.

This app is one of the most working app to root any android smartphone. This app can root almost every Sony device easily. Easy rooting toolkit will install busybox along with su files in your android mobile. Though, this exploit is patched by most of device manufacturer but still you can give this app a try. Recently, Easy Rooting Toolkit has recently updated their app to V3.0 which has fixed many bugs and has added new devices like Xperia C2 , Xperia Z2 etc.

Here comes another apk to root any android device without computer. This app by Chainfire can root your Samsung s series smartphones without pc easily. As, recently I got many comments that they are not getting success in rooting their Samsung android mobile, So We Dreamy Tricks has added this new app which can root almost all Samsung mobiles. So for what you are waiting for? Try this apk now.

Root Master One click root is one of effective method to root android without pc easily. If you have tried above method to root your android smartphone and got no success, then I recommend you to use this method. As, this method is totally free to use. Moreover, many users has got success in rooting their android phone using Root Master One Click Root. Moreover, it is first English APK which can root android phone without computer.

So, it was all about how you can root your android phone without PC or Computer. In this post, we have listed 10 different APK which can root a android phone without computer easily. All of these APKs are completely free to use. Note that we are not responsible for any damage caused to your phone or it's data. So, use any of this APK completely at your risk.
wpnour February 15, 2017 android android apps applications howto root