The new Skype Lite Android app - now available on Google Play - has been launched by Microsoft for India, and specifically for middle-to-low range handsets. It was developed in Microsoft's research and development centre in Hyderabad, and at this point the company does not plan to release it in other countries.

The Skype app for Android isn't great - it's often slow, with somewhat-awful call quality and the occasional crash. Back in December, Microsoft released Skype Mingo in beta, a new lightweight Skype client designed as a hub for all your communications. Now the app is out of beta, and it's called Skype Lite. 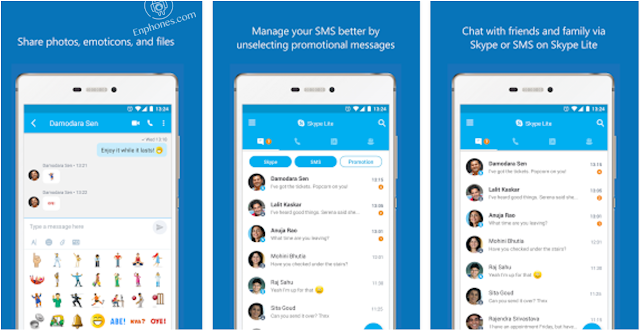 Skype Lite has other features that the full app doesn't, like dark mode and pinning contacts to the home screen. I do wish Skype Lite's notifications supported quick reply (the full Skype app does), but that's a small complaint.
You can download Skype Lite from Play Store:
Skype Lite
Everyone else can download the APK from APKMirror.
wpnour March 09, 2017 android android apps apk applications download skype lite